June is National Men’s Health and Cancer Awareness Month. In 2012, the World Cancer Fund estimated that 7.4 million men worldwide were diagnosed with lung cancer. Radon is the leading cause of lung cancer in nonsmokers. A radon professional and a top quality RadonAway fan are the perfect pair to work together to lower these staggering statistics every year. 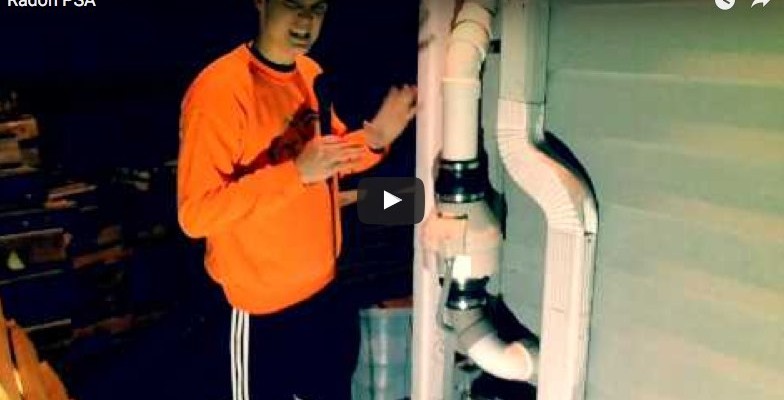 Local high school students made this radon PSA for their AP Environmental Science class. It is informative and funny. Please watch.

I just received two calls today from potential clients. The first client was trying to sell their house and had one of our competitors install their radon system. A re-test was performed and the radon levels were still not passing. Also, the buyer’s inspection company said that the system was installed wrong and therefore the deal was on hold until the radon issues were resolved. The other contractor was not willing to fix their system, causing the sale of the home to be in jeopardy. I will never have a conversation with our client where I tell the customer “I will not return to fix the system” or “I’m too busy to return to fix the radon system”. Our goal is to assist home sellers in any way possible to help sell their home. Our clients will not have to the bear the additional stress or additional carrying costs because of a delay in the sale (taxes, insurance and operating expenses). In the end, the cheaper solution can cost the client more money and headaches.

The second call was a client that needed Home Owners Association approval in order to install the radon system. The other mitigation company was not willing to take the time to fill out the HOA forms, speak to HOA management or do anything to help the client with this process. I will never have a conversation where I tell the client, “You fill out all of the HOA forms and speak to the HOA about radon requirements” and not assist in getting HOA approval.

It all comes down to premier customer service, which a cheaper company is not willing to provide to make their client’s life easier. 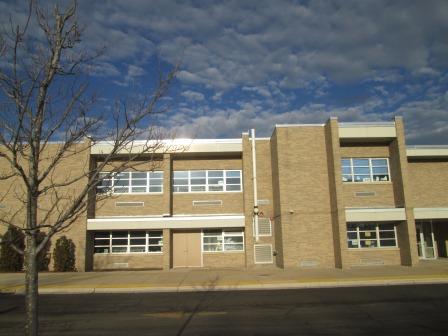 Elliott & Associates had the honor to install 6 radon mitigation systems at Pleasantdale Elementary School in LaGrange, IL over winter break. I have to say thanks to Catherine and Mark for allowing us to install the most efficient systems in order to make the school as safe as possible for the children and staff. Arthur, the building engineer, was a pleasure work with and he did a great job facilitating the installations. I now realize what a building engineer does; they are pulled in every direction, solving problems that always arise. I have a new found appreciation for the operation of a school. As seen from the photos of the systems, they blend-in very well. The up-sized systems are able to withstand the cold weather, eliminating freeze-ups and provide a safe school at all times. I congratulate the teachers that have their own radon safety sirens monitoring their classrooms, making sure the environment that they teach in is safe.
See Pleasantdale School’s Radon Information webpage. 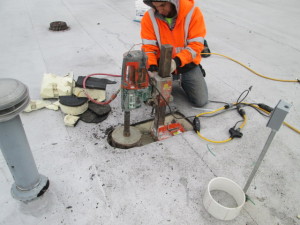 This January I met Mia, a builder who builds energy efficient and sustainable buildings.  She truly cares about the families that live in her homes – so much so that when she found out that a house she recently built had elevated levels of radon, she was distraught and upset.  She wasn’t upset because it was going to cost more money, it was the fact that the house she worked so hard to build perfectly, had a flaw.  When I met Mia, I could tell that quality and craftsmanship were of utmost importance to her.  I really appreciate a company that works so hard  on every detail,  even on the details that the client may not see or value initially. Over time, the customer will  really value the reduced cost of ownership and live in a safer house with fewer hassles.  I also appreciate the opportunity to work with a person who honestly cares about their product and their customers well-being. I wouldn’t have it any other way. 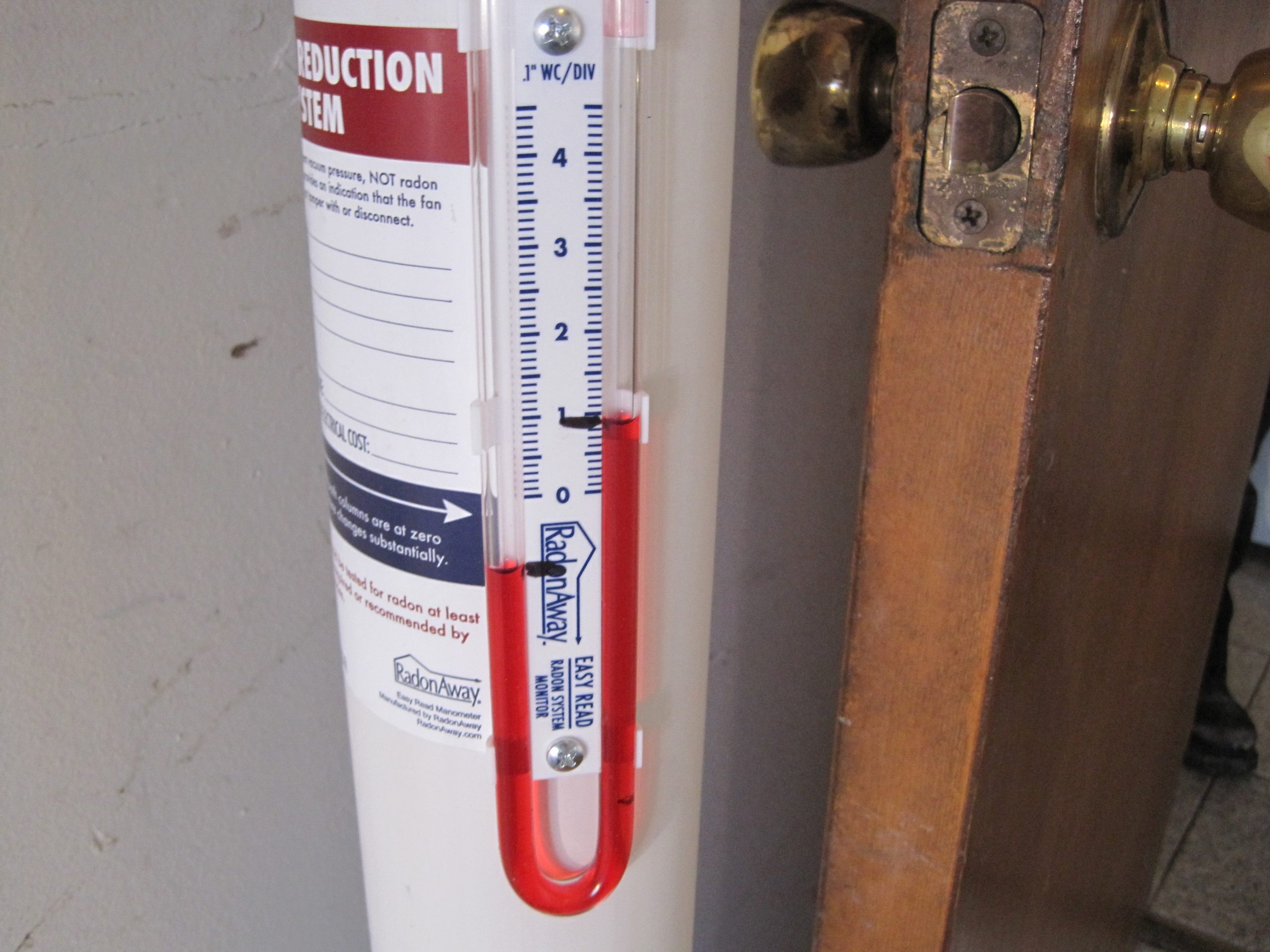 The u-tube (manometer) is a gauge that measures negative air pressure inside the radon system pipe. It is usually installed on the main suction point in the basement, but may be located in a garage or crawl space. The u-tube has red or blue non-toxic liquid in it. Viewing the u-tube should be done at least once a month to confirm system operation.  During the initial installation of the radon system, the u-tube was marked , identifying the initial pressure levels of your system. (Not all systems will have the same pressure readings.)

The levels on the u-tube may fluctuate or change slightly over time. However, if the levels on the u-tube become considerably further apart,  this might indicate that there is ground water collecting under the floor, thereby restricting air-flow to the radon system.  This is a strong indicator that the sump pump has failed. The sump pump should be repaired or replaced immediately.  If you do not have a ground water sump pump and it has rained,  the water under the floor will subside within a couple days to a week and then the negative pressure  inside the system will return to normal levels.

Would you ever build a house without using an architectural plan? You certainly could, but it would be a bad idea. Additional cost overruns and delays would be just some of the consequences.

This is like installing a radon system without performing Pressure Field Extension (PFE) tests and grab sampling to prior to installing a radon mitigation system.  If you want to spend more money, be unsatisfied with the end results, have a higher risk of lung cancer, and not meet dead-lines,  then hire a contractor that does not perform PFE and sniffer testing prior to the install.

Even if you are selling,  the risk of not performing PFE and sniffer testing is significant. If you want to get the best system, then depend on PFE and grab sampling.

We perform PFE testing on every radon mitigation system we install. We perform pressure field extension (PFE) testing by drilling test holes (approx. ½” dia.) or using existing openings in the slab, applying vacuum to one of the holes and smoke to another hole to examine air-flow under the building. If PFE results are poor or inconclusive, grab sampling will be performed to help locate areas in the slab with the highest concentrations of radon. This assists us in providing the most efficient system design.

I recently got a call from homeowner who had a radon mitigation system that was installed by a another radon mitigation company that was put out of business by the Illinois State Attorney General.  This contractor is known as one of the “CHEAP OF THE CHEAP” contractors and we knew that the price they were charging was too good to be true. We predicted that they would go out of business, leaving all of their customers with no warranty.  Hundreds of owners fell for their cheap prices. The homeowner informed me that  the system was approximately five years old;  had already failed, and the radon levels were just as high when the home did not have radon mitigation system.

If a contractor’s price is too good to be true, that means they are not doing something: not caulking properly, improper electric work, not inspecting the sump pump, shoddy workmanship. All of these shortcuts can lead to higher cost of ownership, risk of flooding, and mold growth potential. All of these risks could cause thousands of dollars of damage.

Another issue with CHEAP OF THE CHEAP contractors is customer service. Some contractors don’t have the resources to return phone calls at all, or in a timely manner should a problem arise. This is especially true during the busy summer months . We receive a steady stream of calls from our competitors’ customers who need their radon system serviced so they can get to their closing, service their sump, replace their fan or just answer a simple question. We employ several full-time office staff and have maintained a detailed database of all of our installations since 1995.

The lesson to be learned: when making a buying decision, base your decision on who provides the lowest cost of ownership (best value) and provides the safest radon levels, not who is the cheapest.

The state of Illinois started a pilot radon testing program in January, but so far only 41 out of 4,450 schools have applied for grant money and have been tested.
See news report

NBC Today Show report:  Officials say radon is in thousands of classrooms, but many districts are doing nothing.

When we send our children to school, we assume that they’re safe; that they’re learning in a healthy environment. But health officials say there’s a danger in the air: a toxic cancer causing gas in thousands of classrooms nationwide. And, we found, many districts are doing nothing about it.