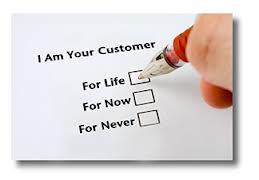 Read this account of a customer’s radon mitigation journey

We tested our house for radon with both a short term (3-day) and a long term (3 month) test. Each showed very high levels of radon. Being somewhat handy, I thought I’d be able to reduce the levels on my own. I encapsulated our crawl space and patched any cracks in the basement floor before installing a wood plank floor over a plastic vapor barrier. After these changes, another test showed the radon level still at 25 pCi/l. So we decided radon mitigation was necessary.

As with most major expenditures, I decided to obtain a number of quotes from reputable licensed radon mitigation companies. I ended up with four quotes that were within a few hundred dollars of each other. Three of the quotes were very similar: putting a suction point in the basement and crawl space. They did vary in the way in which the pipe exited the house.
Then there was Elliott’s quote. Not the least expensive nor the most expensive, but his was the most detailed and offered a much better warranty. He was the only one to mention the diagnostic testing they use to determine the proper area to install the suction points and also determine the size of fan required. He was the only one to suggest a third suction point from our attached garage.

Since our basement is semi-finished, I was concerned that the PVC pipes they ran would look out of place. His install team took this into consideration and you wouldn’t know I had a radon system installed unless I pointed it out.

If your radon level is high – I recommend a call to Elliott and Associates.