Would you ever build a house without using an architectural plan? You certainly could, but it would be a bad idea. Additional cost overruns and delays would be just some of the consequences.

This is like installing a radon system without performing Pressure Field Extension (PFE) tests and grab sampling to prior to installing a radon mitigation system.  If you want to spend more money, be unsatisfied with the end results, have a higher risk of lung cancer, and not meet dead-lines,  then hire a contractor that does not perform PFE and sniffer testing prior to the install.

Even if you are selling,  the risk of not performing PFE and sniffer testing is significant. If you want to get the best system, then depend on PFE and grab sampling.

We perform PFE testing on every radon mitigation system we install. We perform pressure field extension (PFE) testing by drilling test holes (approx. ½” dia.) or using existing openings in the slab, applying vacuum to one of the holes and smoke to another hole to examine air-flow under the building. If PFE results are poor or inconclusive, grab sampling will be performed to help locate areas in the slab with the highest concentrations of radon. This assists us in providing the most efficient system design. 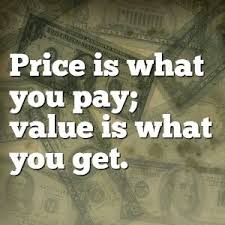 I recently got a call from homeowner who had a radon mitigation system that was installed by a another radon mitigation company that was put out of business by the Illinois State Attorney General.  This contractor is known as one of the “CHEAP OF THE CHEAP” contractors and we knew that the price they were charging was too good to be true. We predicted that they would go out of business, leaving all of their customers with no warranty.  Hundreds of owners fell for their cheap prices. The homeowner informed me that  the system was approximately five years old;  had already failed, and the radon levels were just as high when the home did not have radon mitigation system.

If a contractor’s price is too good to be true, that means they are not doing something: not caulking properly, improper electric work, not inspecting the sump pump, shoddy workmanship. All of these shortcuts can lead to higher cost of ownership, risk of flooding, and mold growth potential. All of these risks could cause thousands of dollars of damage.

Another issue with CHEAP OF THE CHEAP contractors is customer service. Some contractors don’t have the resources to return phone calls at all, or in a timely manner should a problem arise. This is especially true during the busy summer months . We receive a steady stream of calls from our competitors’ customers who need their radon system serviced so they can get to their closing, service their sump, replace their fan or just answer a simple question. We employ several full-time office staff and have maintained a detailed database of all of our installations since 1995.

The lesson to be learned: when making a buying decision, base your decision on who provides the lowest cost of ownership (best value) and provides the safest radon levels, not who is the cheapest.